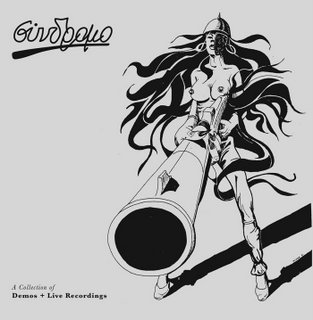 Syndromo have recorded at 1981 under Stelios Fotiadis post production, 12 tracks, by mixing different styles like hard rock, new wave and progressive rock music, at a live rehearsal session, from which the next year was made their first and only lp. The album contains 10 from their lp at the first rough version recording plus 2 previously unreleased tracks. Also especially for this release, there will be a 7” Single with 3 extra tracks from the live album’s presentation at Kyttaro Club from 1982, from which the 1 of them is previously unreleased.The release come at 350 hand numbered copies and contains a 4 page color insert with a translated biography of Syndromo plus unreleased photos.