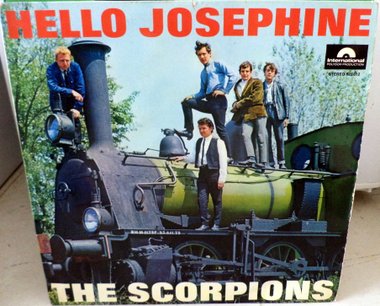 beat band (from Manchester UK) that was very popular in Netherlands during the mid-sixties, rarest german issue with different tracklist than the dutch issue (lp was only released in these 2 countries), cover shows light wear, lp shows light wear too, no deep scuffs, plays with light background problems shortly, vast majority of it plays fine, strict grading