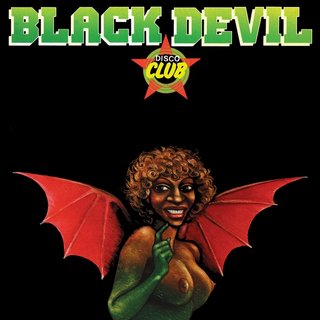 originally released in 1978, Black Devil’s “Disco Club” is an extremely rare disco masterpiece, an epic journey into the deepest electronic disco, the record is credited to Junior Claristidge and Joachim Sherylee (pseudonyms of two french library composers Bernard Fevre and Jacky Giordano), it was made manually in a recording studio in the suburbs of Paris using synths and occasional tape loops and a drummer, no midi or computers, reissue, black vinyl, includes download code